SCFL Pro takes place every Saturday night from the Beliribbun Civic Auditorium and home for transient dogs. Deathmatches, kickboxing, MMA, wrestling – everything is game for these sad and confusing people.

While considered an unfolding and serious documentary, SCFL Pro has been considered “the funniest show on Twitch” by people the producers don’t know personally. Much like the ECW Arena, the passionate fans make the show. Needless to say, the chat room takes their responsibilities as volunteer babysitters seriously.

So please, join us and watch innovative deathmatches featuring various pieces of Mr. Bianchi’s remodeled kitchen and bathroom. Learn about Discussion Davis’ rational hatred of raccoons. Bask in the glory of the Sons of Anger and their love of 311 and puka shell necklaces. Belly ribbon tattoos for all!

We strongly suggest you read our FAQ. 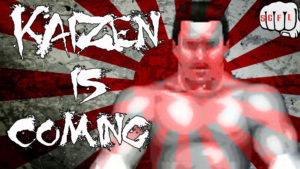 The SuperChat Fight League is a kickboxing league that happens inside of a cage with MMA gloves featuring the same fighters as the wrestling league.

The rules are simple: No grappling, no submissions, you can kick a downed opponent anywhere but the head and there are no punches against downed opponents.

The League runs at the behest of UFC President Dana White, although it is not affiliated with the UFC in any manner.