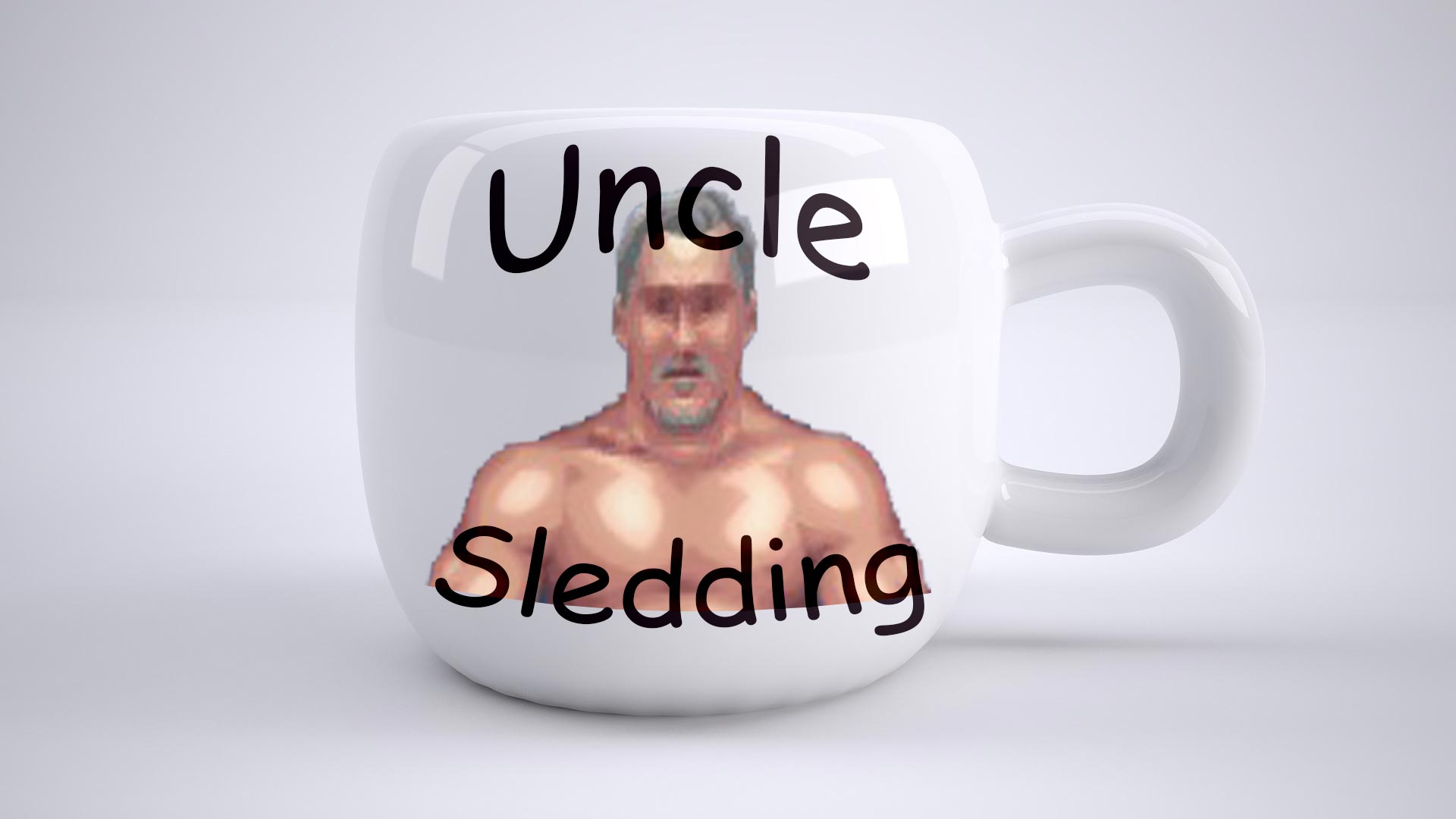 The US Championship — which is short for Uncle Sledding Championship — was established in March of 2018 when Spencer Morgan won a tournament for said title, defeating Chuckie Murphy in the finals. It was the responsibility of Xylophonist Bianchi to order the championship and design it, a huge responsibility that gave him anxiety. There was also a miscommunication where he thought it was to be something to honor his uncle Sledding Bianchi, not an actual wrestling championship.

Thus a mug was ordered from Walgreens, built with their online tool.