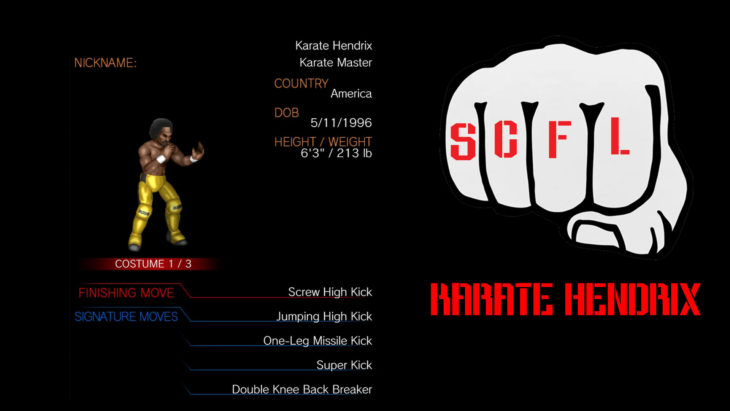 Karate Hendrix grew up under sheets of cascading rain, a love for his guitar as well as the honor of Ashihara Karate. As a child he was labeled as a prodigy for his participation in full contact tournaments, but quickly discovered that there was no money in the world of Sport Karate. From there he drifted, working as a bouncer in a club watching others live out their dreams. When he stumbled upon Kick Pass, he knew that could be his calling. He achieved his dream by winning the SCFL Championship from Foundation Russo, only to drop it soon after.

Member of PK Gym. Karate Hendrix won the first ever March Sadness tournament for the right to challenge for the SCFL US Championship.