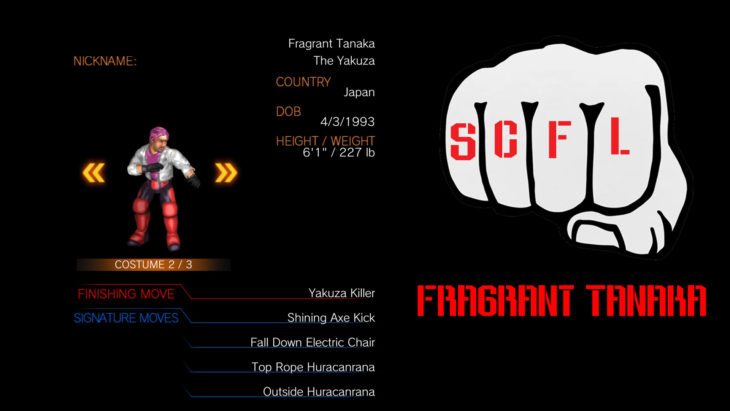 Fragrant Tanaka was once a proud Yakuza in the Yamaguchi-gumi, he left behind his life as a mobster to become a professional fighter, fight competing in his native Japan strictly under kickboxing rules before finding his way to SCFL in the United States. There he found himself unable to defeat the somehow-popular-in-Japan October Schmidt, losing multiple times before being able to defeat his career-rival. In SCFL Pro he had lost his way, having a difficult time transitioning to professional “shoot” wrestling.

That is, until now, where he has found a home for himself with his silver jacket in deathmatches where he’s comfortable putting his body on the line to put on a good show. Tanaka was one-half of a 100-rated match against Front Reed.

Fragrant Tanaka was taken by the Shadow Realm, returning as YAKUZA and immediately attacking Front Reed.