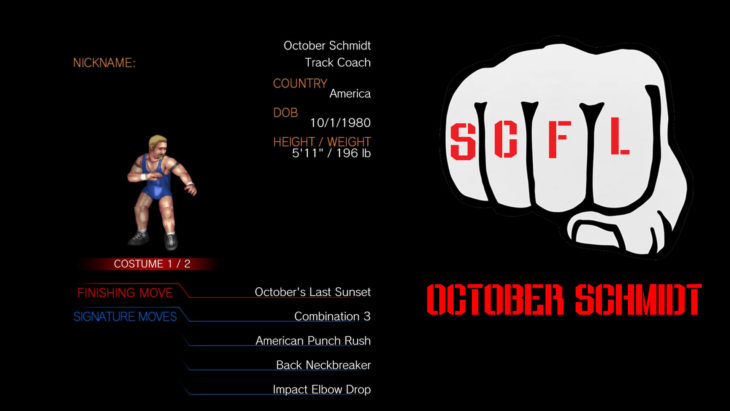 Part of the Substitute Series, October Schmidt is a substitute gym teacher specializing in long distance running and parachute games (like when you throw up a parachute and all the kids have to run underneath). Schmidt’s priority is teaching his kids that value of sportsmanship, and believes showing heart is one of the most important things an athlete can do, for the young people out there.

No matter how bruised, cut up, or injured he is after a Sunday morning fight, Schmidt always shows up on Monday morning (if he’s needed).

Tonight at 10pm est – SCFL #FireProWrestlingWorld is live with SIX title shots. Will October Schmidt no longer be "October Shit" as he vies for a hardcore title shot? #HardcoreFullTime #LessonPlans #SCFL pic.twitter.com/Ce4PR4oVHX