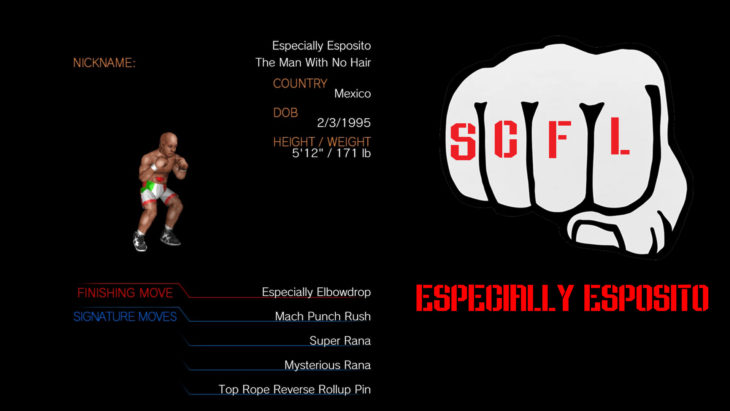 Former boxing champion Especially Esposito is one of the smallest fighters in the league after moving up from the featherweight division. His stature gives him speed, however, and he’s used his fast hands to pick apart much larger, and arguably more talented, foes.

Since moving to wrestling, his time in Belly Ribbon has been uneven. He’s tag teamed to some moderate success with Immediately Ito, and also joins Boxing Bianchi, Weather Walker and other Belly Ribbon compatriots when needed.