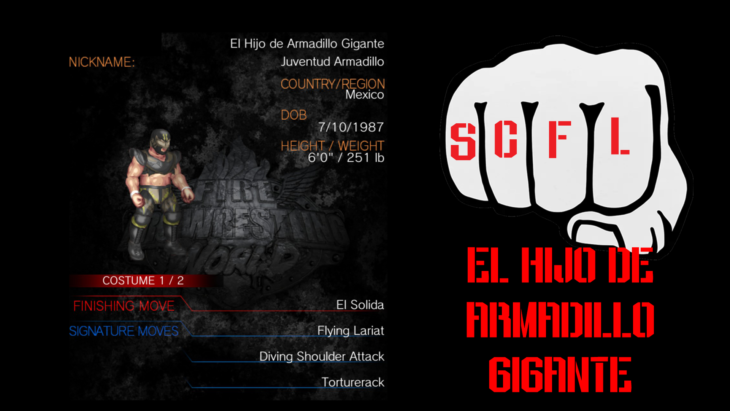 The son of Mexican legend Armadillo Gigante, he’s become one of the most popular performers in both SCLL and now SCFL. He fought in what would be the last SCLL match ever, competing against the Masked Cyclist (Ciclista Mascara/Bike Bianchi) in a mask vs. mask match, which was interrupted by Mariachi Marco, who dropped the bombshell about Mascara’s identity and homicide of Bradford Culpepper.