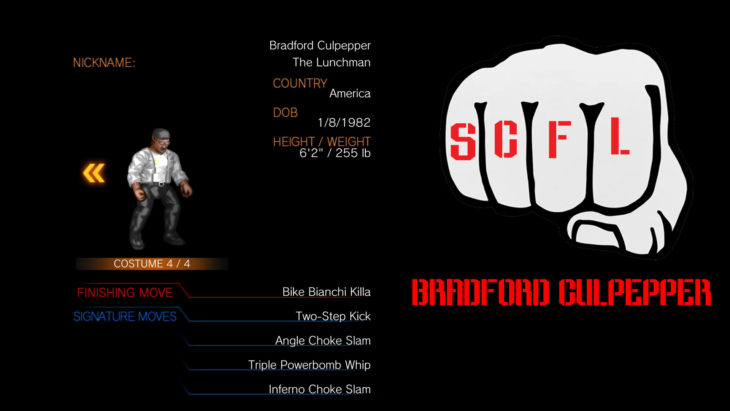 The streets stank of corruption and crime, but this was his city. It was Bradford’s city to take back.

Bradford Culpepper was known to the SCFL universe as an ultra-violent substitute lunch teacher who found employment not just in SCFL and SCFL Pro, but in The Food Place slinging sandwiches while he watched over. Little did they know that Culpepper had a dark history as a police officer, coming to a head at the Clotheslines for Clothes telethon where he sprang a trap on Bike Bianchi, arresting him only for Bike to be released later that evening.