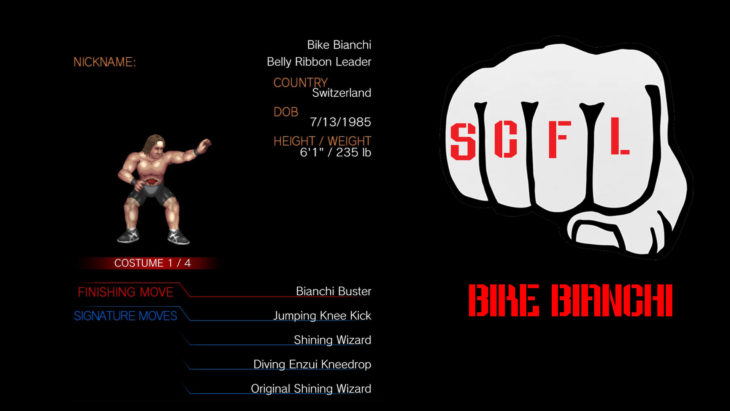 The first champion and elder statesman of Belly Ribbon Fight Camp, Bianchi has entered his twilight years with an unexpected arrogance. The flashy martial artist used to enter the cage afraid of the physicality of the sport. He’d enter the cage with horror in his eyes, but his fear turned to competence and his competence to mastery. Winning was a bonus. After a series of classic battles against Baby Hayes, Bianchi’s popularity grew, and fighters from all around the world trickled to Beliribun, Iowa for a chance to train with the star, including his long-lost brother.