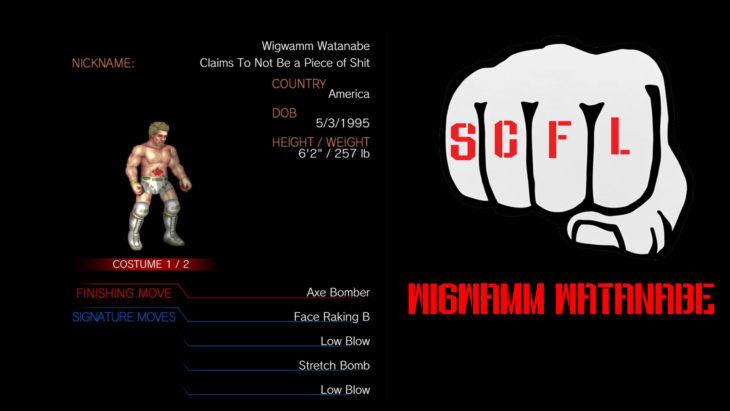 Considered one of the biggest assholes in SCFL, Wigwamm is known to taunt his opponents until oblivion. Be it his own or theirs. If Wigwamm only put an effort into actually winning instead of taunting his opponents, he has the skills to be a top contender, but he doesn’t so he isn’t. His sick outlook on combat has led to a run in the hardcore and MMA divisions.