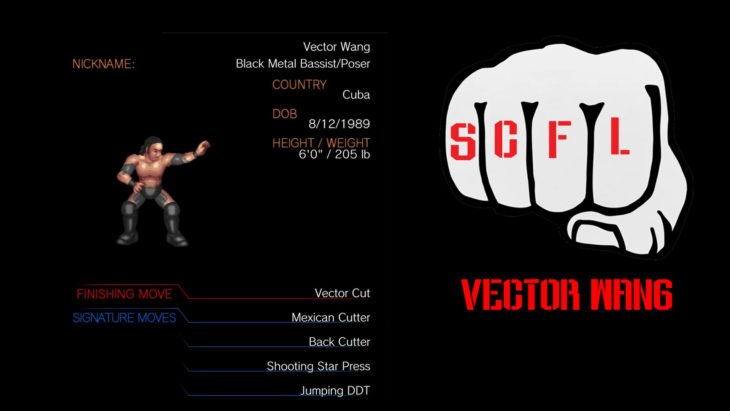 A massive fan of Kvlt’s former death metal band, Vector Wang joined the SCFL to get closer to the man he admired. A musician in his own right (trained mostly in Caribbean bass), Wang began a series of competitions against Kvlt that culminated in him forcefully creating what is now known as The Steel Drum Band – a Caribbean-death metal outfit featuring Kvlt on vocals, Ron Lewis on bass, Wang on bass, and Xylophonist Bianchi on the steel drums.