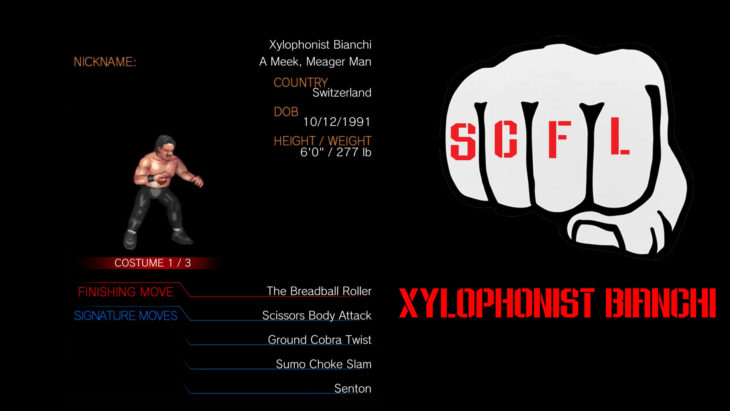 Part of the substitute series, Xylophonist Bianchi substitute teaches xylophone in Belgium. He was unaware he even had family in the United States, let alone a family that participated in a fight league. He is not trained, and does not want to fight, but he was drafted thanks to the incredibly specific circumstances: He is a Bianchi, and a substitute teacher.

Fun facts: He attended the 1996 Olympics and didn’t know his uncle twice removed was an Olympic alternate bobsledder.

Xylophonist is a founding member of The Fixers along with Let Liu, a former co-Hardcore Champion with Let Liu and a member of the Steel Drum Band, where he plays percussion (poorly).