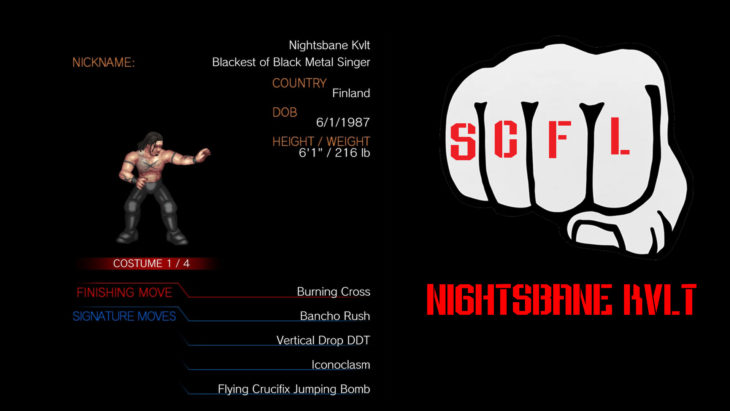 Hailing from Oslo, Norway, Nightsbane Kvlt grew up fully immersed in the Nordic black metal culture, quickly establishing himself at a young age as a force to be reckoned with. His devil-may-care attitude led to him fronting a number of bands, including the now-legendary band Nightsbane, best known for their scratchy vocals and being keepers of the black metal tradition. Kvlt was the lead singer of this vicious, often-times controversial band.

The tides of change hit him hard, though, when a church burning went wrong, leading to the guitar player from his band, Vinter, unknowingly lighting a cigarette before the band had finished dousing the pews with gasoline. Kvlt was waiting in the woods when it all unfolded, the flames engulfing the ancient church while Brikk, Savron and Oystein found themselves unable to escape. Vinter was charged with involuntary manslaughter and arson while Kvlt was able to escape unnoticed. Feeling deeply ashamed of not joining his brethren in prison or the hall up high, he decided to vent his frustrations out on the unwitting fighters of the SuperChat Fight League.