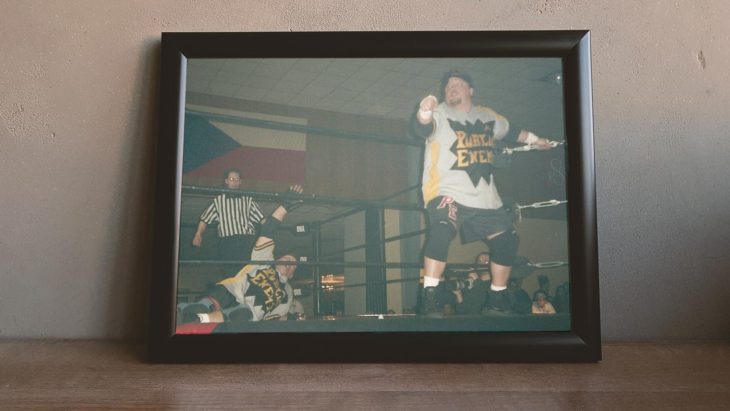 Where would SCFL Pro be without hardcore action? So of course there is more than just a singles Hardcore Championship, there is also the SCFL Pro Hardcore Tag Championship, where four men enter and two men leave. The titles are contested under a wide array of deathmatch types. Blowhole Bernard and Justice Turner secured the titles in a hardcore tag match where mid-match it was decided that the winner of that match should receive a championship.

As there was no room in the budget for a belt, instead they were awarded a framed photo of former ECW and WCW tag team the Public Enemy. Not signed.