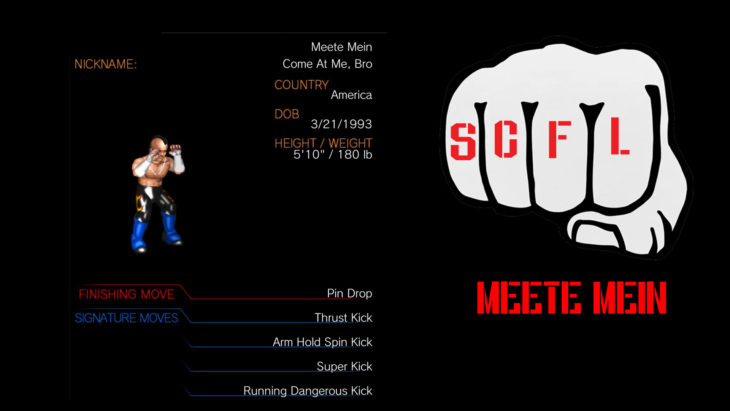 Meete was a normal, well-adjusted kid born to working-class parents in Temecula, California. His life took a drastic turn when the fight challenge “Meet Me in Temecula” erupted on Twitter. He was instantly flooded with jokes, and he snapped. Meete got into multiple fights per day, lashing out at anyone that caught his eye. After several arrests, Meete thought a karate class would teach him discipline, but that simply honed his fury into a technical display of striking prowess. After winning a few bar brawl contests, Meete turned his attention to Superchat, and its sizeable roster.

Mein died in the great Bianchi explosion of 2019 when a blinded Sledding Bianchi open-fired on his indoor grill in response to hearing gunshots from Giovanni Dinner’s bedroom.