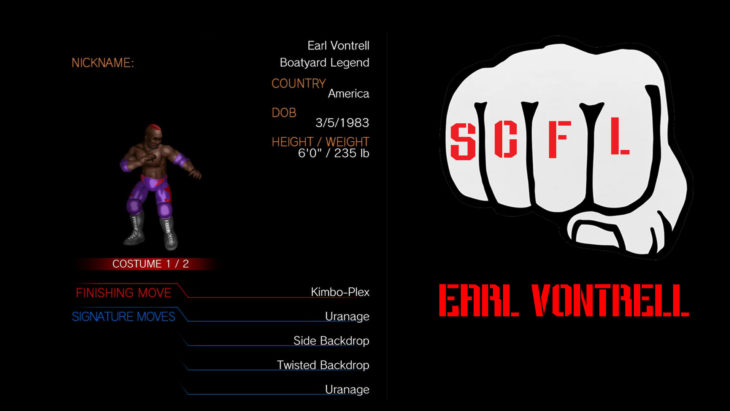 Earl Vontrell is from Miami, Dade county, and he was a frequent participant in that area’s booming unsanctioned fight scene in the early 2000s. From backyards to boatyards, Earl threw down with other men desperate for a quick payday. Never possessing a mind for defensive fighting, Vontrell lost more than he won, and didn’t have enough of a personality to even be a memorable loser. After a crushing defeat to a then-sixteen year old Gorvis Rogers on a garbage barge, Earl decided if he was going to continue fighting, he needed to get serious and train for once in his life. He followed Gorvis to the Sons of Anger gym and has been trying to improve his skills while drowning out the constant 311 with Trick Daddy songs.