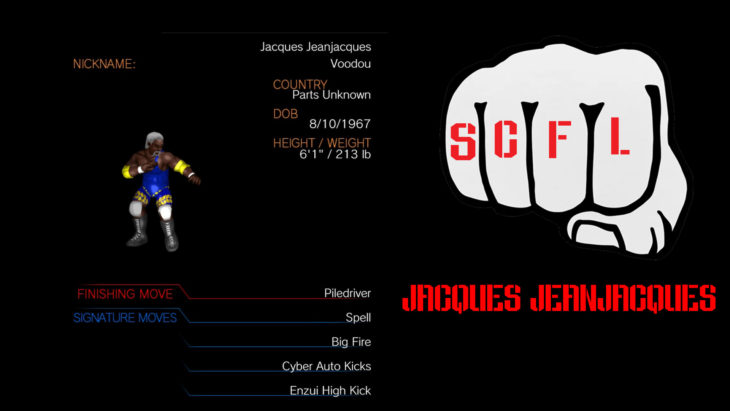 Jacques Jeanjacques started kickboxing in his native Haiti, and after moving to the US in the late 80s, adopted the unfortunate nickname “Voodoo”. After a journeyman’s career, Jacques entered the extremely beginner level SCFL in the hopes of collecting easy wins and easier paydays. When that didn’t materialize, Jacques instead focused on passing his wisdom and experience to the younger generation, and began mentoring young Miles Manhoef, to mixed success.

Jacques Jeanjacques died in the great Bianchi explosion of 2019, when a blinded Sledding Bianchi open fired on his indoor grill in response to hearing gunshots from Giovanni Dinner’s bedroom.