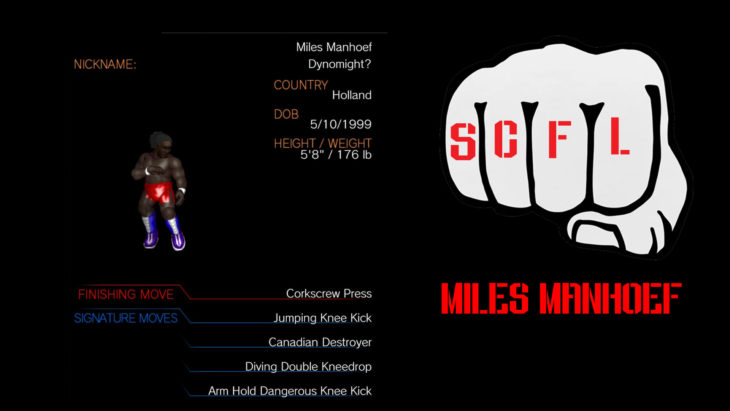 Miles believes he is the son of Melvin Manhoef, but his mother firmly denies this. He began training in kickboxing in the hopes of getting Melvin’s attention and forcing a paternity test. Miles formed a tag team with Jacques Jean-Jacques early on in SCFL Pro, known for his insane knee drop sequences, but really made a name for himself in the 2018 March Sadness Tournament where he went all the way to the finals before falling, strapping a rocket on himself and shooting right for the top.

Miles had a brief encounter with the Shadow Realm, where he was able to see and know everything. Jensen Woods attempted to harness the energy of that, but Miles refused to listen, instead injuring his knees further in the process to the point where his career is now in jeopardy.