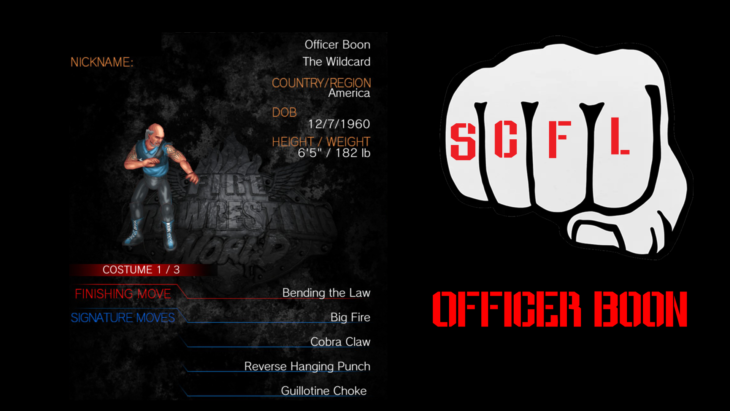 As a part of Officer Nate’s elite Bike Bianchi-tracking task force Officer Boon was introduced to the SCFL Pro world. Officer Boon is best known for being a wildcard within his department, going against the grain and being unafraid of bending the rules of engagement with perpetrators to get the job done. The only problem is that he’s effective at tracking fugitives, which makes him dangerous to Bianchi.

He’s shown that he perhaps has some sort of tick, or even suffers from Tourette Syndrome, as he’ll go off on expletive-laden rants without being able to stop himself.