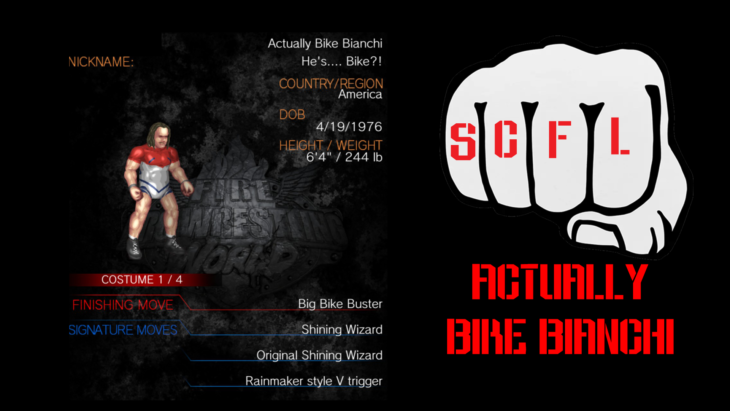 Originally a lawyer, Officer Nate found his life unfulfilling, which pushed him into direct involvement with his community through policing. From there his career had its ups and downs, but left him policing the small, uncharted township of Belliribuon, Iowa, where he found himself navigating the strange, Creole legal system while trying to protect and serve.

His career took a major bump when he was placed on the Bike Bianchi taskforce in 2018 to hunt down Bianchi after the death of Bradford Culpepper, whom Nate was a superior of.