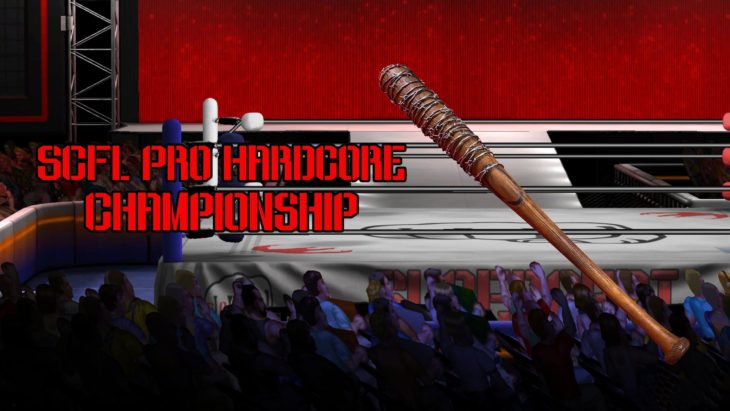 The SCFL Pro Hardcore Championship is perhaps one of the strangest and, in a way, most prestigious of all of the titles. A man has literally died defending that very title. Alex Thompson, on his second run as Hardcore Champion, was in a three-way in a Sod Deatchmatch, featuring Sledding Bianchi’s new sod for his yard, was knocked unconscious, face down in the sod. He laid there for forty minutes before the match ended and anyone bothered to check on him.

Eventually Technology Cooper and Zoning Zhang battled in a triple threat match at the Belly Ribbon Gym alongside the embalmed corpse of Alex Thompson to declare a new champion. It was… Gruesome.