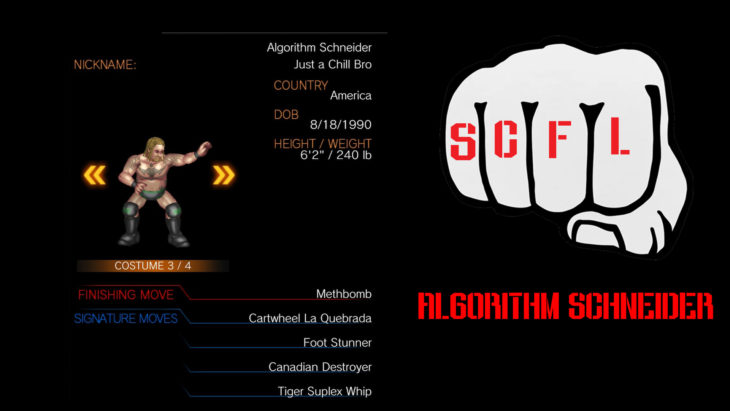 Algorithm, in stark contrast to his name, is not quite the thinking man’s fighter. His father, a statistician, and mother, a math teacher, had high hopes for their young son, but young Algorithm found both Tae Kwon Do and huffing glue at a similar time. His youth was pock-marked by run-ins with the law and utilizing his incredible techniques to con local tough guys. He fights with reckless abandon and has found himself both in a world of adulation and laying face down on the mat in a puddle of his own blood. Suffered a career-threatening injury to Weather Walker via a sickening elbow to the back of the head and has been on the slow road to recovery ever since.

Is good friends and training partners with Captain White. They train together in the Caribbean at High Seas.