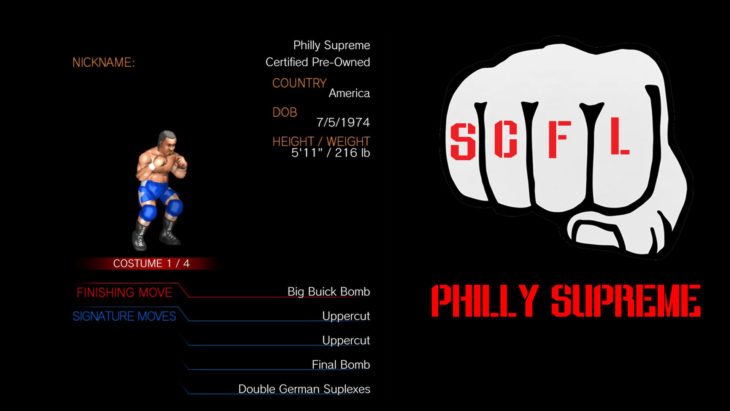 Born to a working class family in the City of Brotherly Love, Philadelphia Supreme found his city to be a bit less friendly and more hostile. After being picked on by a local bully — Foundation Russo — Philly stumbled upon a boxing gym, where he studied the sweet science and self-defense. After a promising amateur boxing career the birth of his son, Anthony, derailed a once-promising career for taking up work down at the docks. After being laid off at the age of 38 he was lost in a world that felt alien to him, Philly working as a bartender where he rediscovered his love for pugilism.

His brother, Cheesesteak Supreme, also competes. Philly is the owner of the Philly Gym and Buick Dealership.