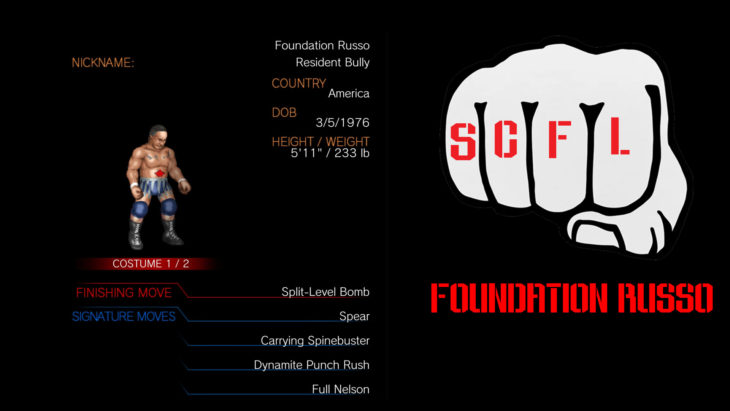 The childhood bully of Philly Supreme, Foundation joined the league on a whim after Philly incomprehensibly won the title. Foundation went on to become a 3-time champion and the longest-reigning champion with little-to-no training outside of his bar fighting and bullying experiences. He and Philly have had a series of fan-favorite grudge matches, sometimes with the belt on the line. Foundation continues to be a threat to anyone he faces, particularly in the opening minutes before he gets tired due to lack of training.

Member of the Belly Ribbon fight camp, Foundation isn’t beyond teaming with the Supremes.

Foundation is known to take off the football season in honor of his beloved Eagles.