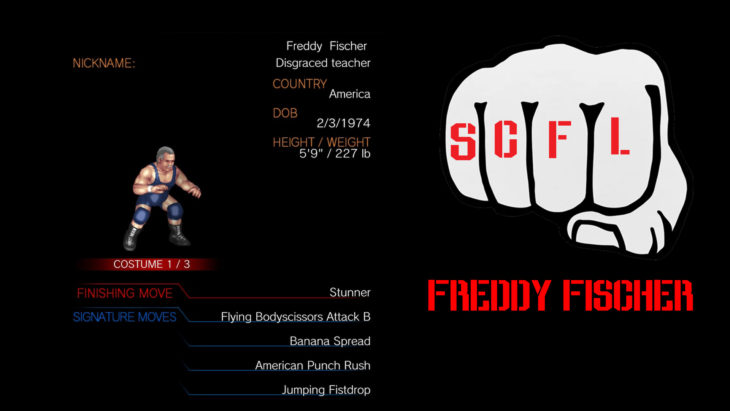 While the sleepy town of Fargo, North Dakota might be well-known for a certain film that involved a wood chipper and a leg, it remains a peaceful, if not snowy part of the Midwestern United States. It’s also where Freddy Fischer calls home. Freddy was the living embodiment of the American Dream: living in a modestly-sized home with his wife, Diane, working at the local junior high as a social studies teacher and wiling away the hours in his “man cave” where he brewed his own beers and cased his own sausages.

Yeah, Freddy had it made, but there was just one problem: Freddy had a proclivity for innuendo, usually unintentionally. All of the students knew it, making it a running joke until one day during his home room Freddy was snacking on his latest blood sausage while one of his students — a girl — was watching him intently. “You wanna suck down this big ole’ sausage?” He asked, while the class giggled and the girl turned red. He thought nothing of his act of generosity until he was called into the office, where he was indefinitely suspended for sexual harassment.

That was just the beginning of Freddy’s downward spiral, which involved his wife throwing him out of his home and forcing him to look for employment opportunities elsewhere. While he may not have been a substitute teacher, SCFL welcomed him into the Substitute Series with open arms. In kickboxing he was able to attain the coveted Shari’a Law and Banger Championships, while in SCFL Pro he’s a former Dot TV Champion held in strangely high regard.

Was taken by the Shadow Realm, returned as DISGRACED and due to Let Liu taking up his identity while he was missing, was immediately injected in the SCFL Pro World Championship picture, only to fall short multiple times.

After deciding he no longer wanted to drink stouts, he enjoyed modest success as a Soundcloud rapper.