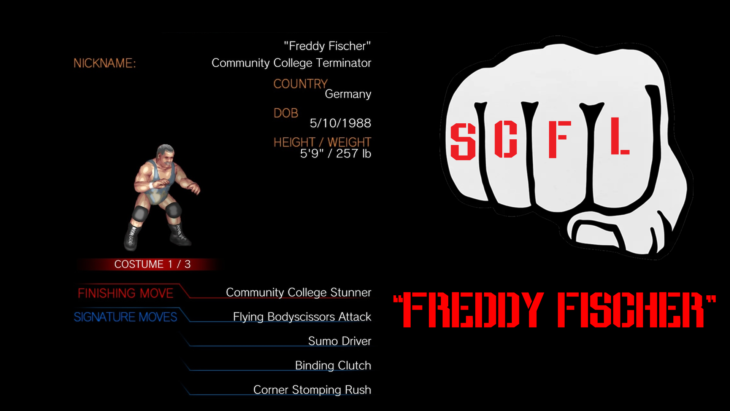 With Freddy Fischer lost to the Shadow Realm and with the third-annual (and mandatory) Substitute Series upon the SCFL, young and gentle Let Liu did what had to be done. The breadball enthusiast made his way to a party store, bought a wig and fake mustache, then dyed his stink-orange singlet as blue as he could with juice packets — to save the tournament.

No longer Let Liu, “Freddy Fischer” (or Freddy Liu), has entered one of the strangest tournaments in the league on short notice, with a new persona.