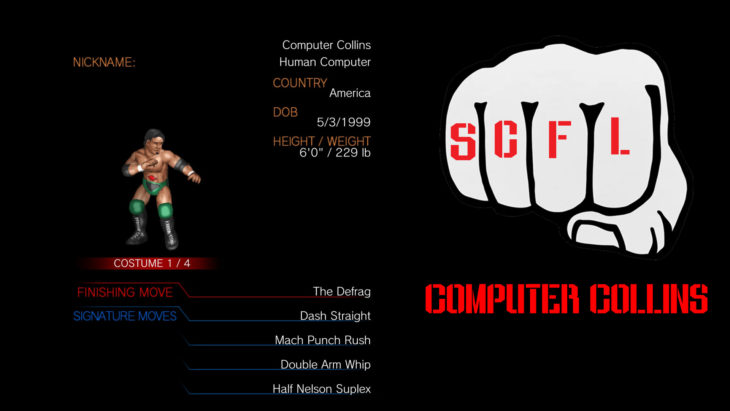 A heavy-hitting monster, Computer Collins joined the Fight League in search of his real father, who he suspected was a man named Florida King. He deduced a plan to get close to King to ask him if he was his father, and the only way to do this was to join the Fight League in which King was participating, and compete against him so he could finally be face to face to ask the question. Turns out, he forgot to ask the question and was knocked out by his father, who would go on to die in a car accident at Philly Supreme’s Buick dealership the next day.

He is haunted by the thought of not being able to reunite with his father, and Buicks.