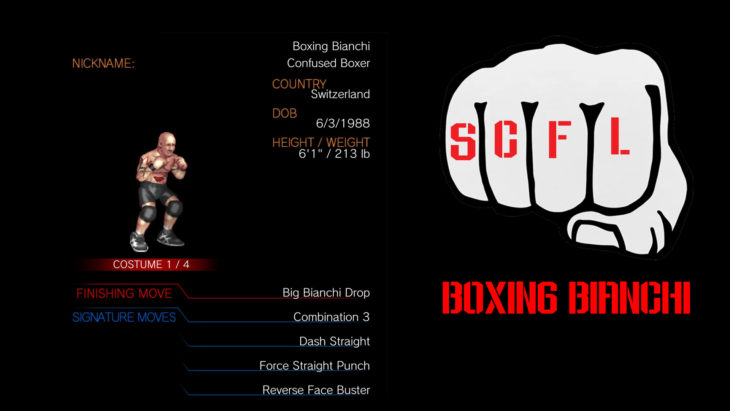 The rebel of the Bianchi clan, Boxing Bianchi was named “Boxing” so he would go on to a successful career in the sweet science. He rejected this family tradition, and went on to become a mediocre wrestler as his father, Sledding, went on to become an Olympic alternate bobsledder for Belgium.

Frustrated by his own lack of semi-success, Boxing would follow in his brother’s path in the fight league, where Bike Bianchi was a star and owner of the Belly Ribbon fight camp.