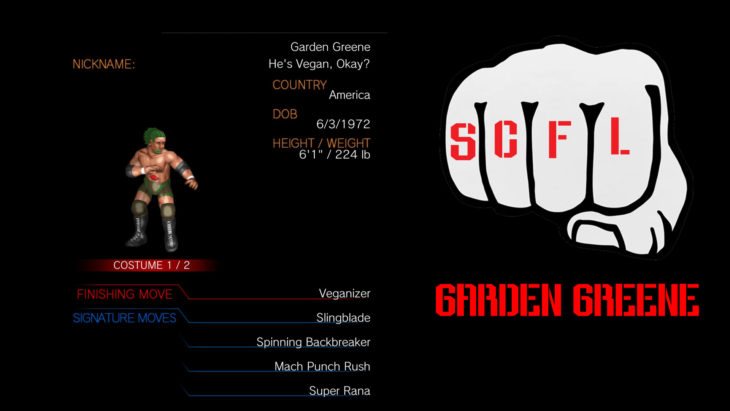 The vegan Frenchman is fighting to raise awareness for veganism. He hopes his fighting and winning, and even his losing can show people that veganism is the only way to eat. For a 45-year-old, he looks great. He attributes this to said veganism. Look at that body.

Green is a .500 fighter, but he has a mack truck for a left hand despite fighting orthodox. He’s always ready to go out on his shield or die trying, because he believes putting on a good show and spilling blood is the only way fight fans will respect the French and vegans.