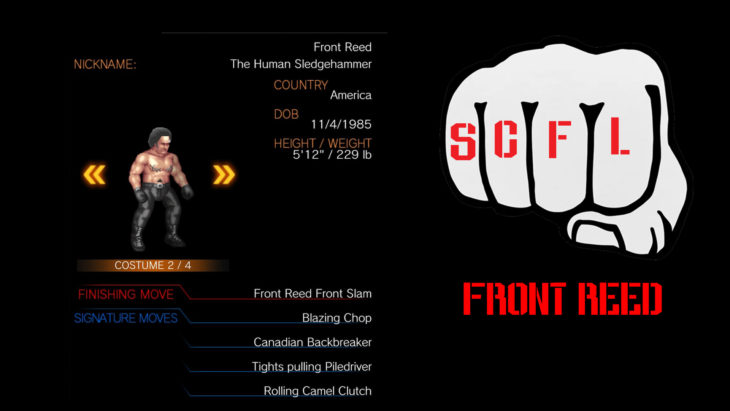 Front Reed has no nipples and his belly button is deformed thanks to a freak warehouse incident. Because of his deformation and lack of eyebrows, Reed was mocked incessantly at his warehouse employer, and found himself in fight after fight. Eventually fired, he took to the SCFL to continue his fighting before entering professional wrestling. Of late he has become known for bleeding a lot, becoming a hardcore icon.

He was involved in a 100-rated match per David Bixenspan against Fragrant Tanaka that’s not for the feint of heart.

Front Reed has gone on to become one of the greatest hardcore heroes in history.