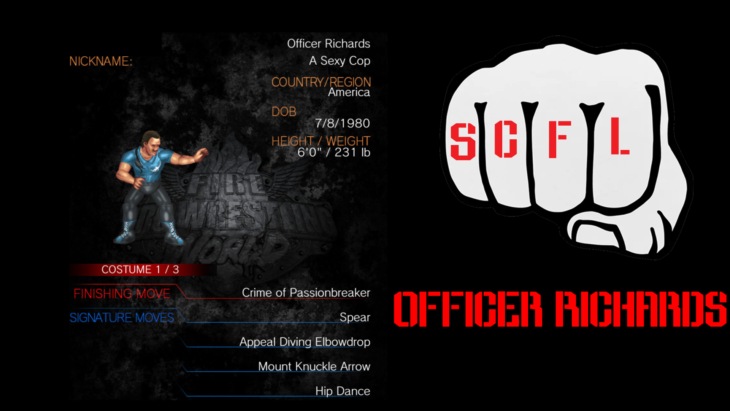 Officer Pete J. Richards is an officer of the law, brought in to help Officer Nate hunt down Bike Bianchi after the death of Bradford Culpepper and Bike’s subsequent flight from justice. Officer Richards is known by his signature mustache and for wearing a tight-fitting uniform. While most officers drive official police vehicles, he’s known for his custom van, which is outfitted with two CRT televisions, leopard print interior and seats that fold into a rather luxurious queen-sized bed.

For most people their van wouldn’t be the center of their personality, but for Officer Richards he takes great pride in his custom van. He has been known to be quite a ladies man within his circle of officers, working youth outreach and happy to use the opportunity to cozy up to the moms of said children.