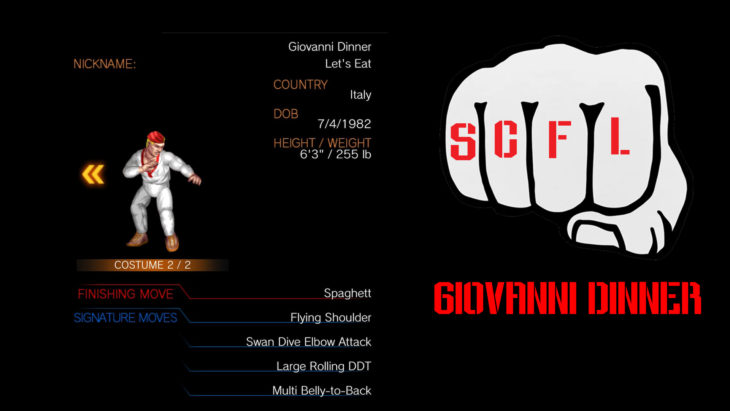 Giovanni Dinner is a man with only two passions, Mama Dinner’s marinara, and winning pro wrestling matches. He has traveled all the way from Italy to showcase his Mama’s sauce and do his best to win matches.

After Mama was taken by the Shadow Realm he fell into a deep depression. Sledding Bianchi, who was attempting to court Mama and befriend Giovanni, completely ignored Giovanni while the Fixers comforted him. He ended up joining the Fixers where he now assists with the food spread, ring setup and camera work.

It is unknown if Nate Bike at Gio, but there is speculation that he did. Nate has not been brought to justice.