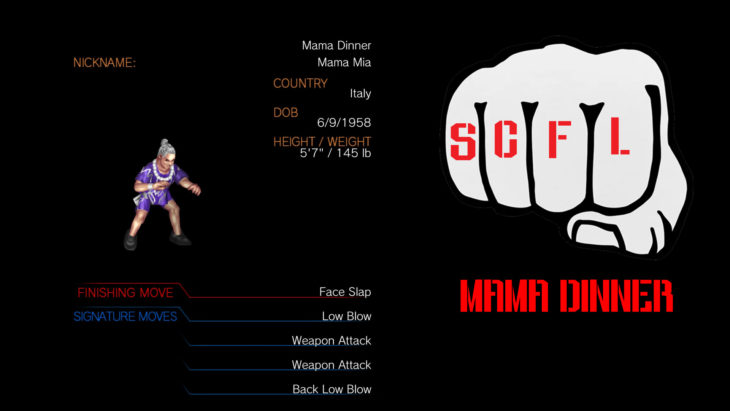 Mama Dinner realized shortly after giving birth to Giovanni that she would have to provide for her enormous son. Perfecting a sauce recipe dating back to her own Nona Dinner, Mama has always had an eye on becoming famous for her marinara. When Giovanni, ever her “sweet bambino” became her Large Adult Son, the two set off for America, looking for success in the land of opportunity. Despite not being fully aware of all the rules of pro wrestling, Mama Dinner is entirely focused on making sure Giovanni wins all of his matches and cleans his plate, even after being offered second, third, and fourth helpings.

Mama Dinner is considered missing or dead after being taken to the Shadow Realm while on a bus. Watch “the takening” here: