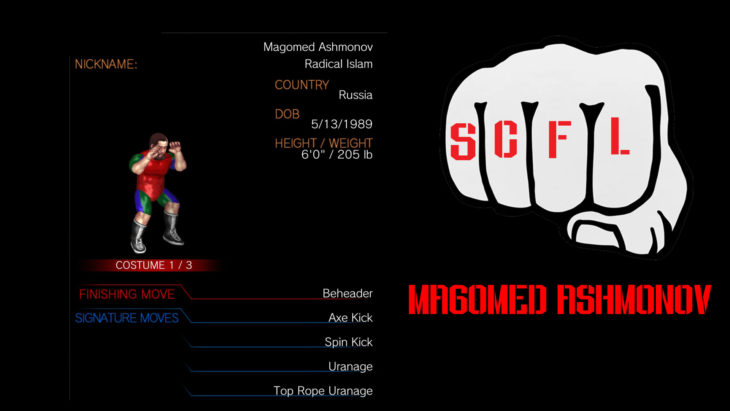 Magomed Ashmonov is an angry, young man from Dagestan. He grew up in a small village where nearly every other boy his age quickly excelled in all manner of combat sports. Ashmonov struggled, but persisted, and found some success at sambo. It was never enough to gain national attention, though his propensity for vomiting out of rage after a tough loss did.

Despite the lack of international acclaim, Magomed made his way to America in the hopes of finding somewhere that would take a chance on a fighter known more for screaming than winning. After signing with SCFL, Ashmonov exhibited some success, though his love of an incredibly slow and telegraphed axe kick has tampered that.

Ashmonov died in the great Bianchi explosion of 2019 when a blinded Sledding Bianchi open-fired on his indoor grill in response to hearing gunshots from Giovanni Dinner’s bedroom.