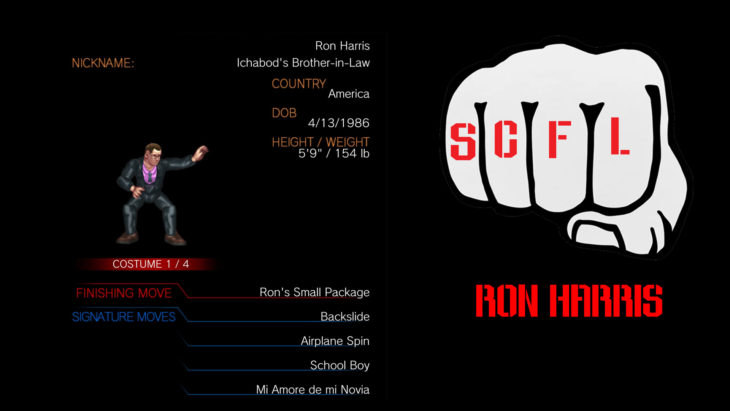 Ron is the brother-in-law to Ichabod Adams, which meant after Ichabod lost his job as a substitute teacher, his sister offered up their basement for him until he landed on his feet. Ron didn’t like it, but he let it ride. Well, it rode and it rode and it rode and continues to this day. Ichabod might be a successful kickboxer and wrestler, but he still lives in Ron’s basement and, after a disagreement and a bet, Ron has been forced into being Ichabod’s attorney.

His full name is Reginald Ronald Harris, although everyone just calls him Ron.

Harris died in the great Bianchi explosion of 2019, when a blinded Sledding Bianchi open-fired on his indoor grill in response to hearing gunshots from Giovanni Dinner’s bedroom.