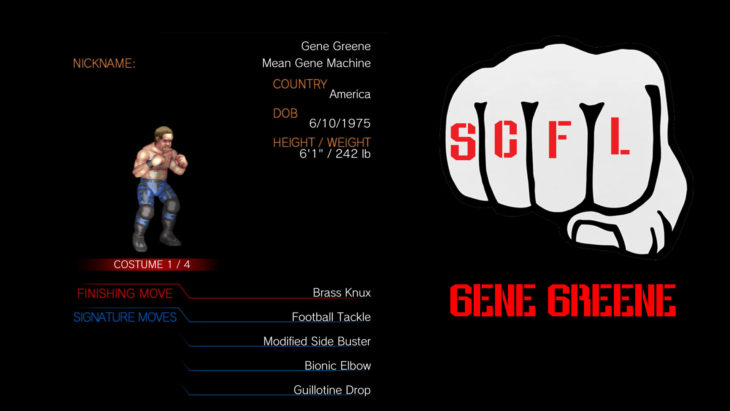 Defeated Discussion Davis for the championship after his last historic run, Gene is best known for beating up a fellow dad at his kid’s soccer game with an aluminum baseball bat. Gene has been an odd force in SCFL Pro, teaming with Charles Dubois where he was set to challenge the Alt-Right tag team champions of Piotr Petrov and Federal Bell, only for Bike to accidentally team Gene with Garden Greene.

In pure Bike Bianchi/SCFL fashion, there was a triple threat match set up where the loser of the match was out, while the other two would be a tag team and challenge for the titles. Garden Greene was pinned by Dubois, only for Gene to attack his partner and pledge allegiance to the Alt-Right, refusing to challenge his now-stable mates. Since then he has been seen at protests and alongside the Alt-Right.