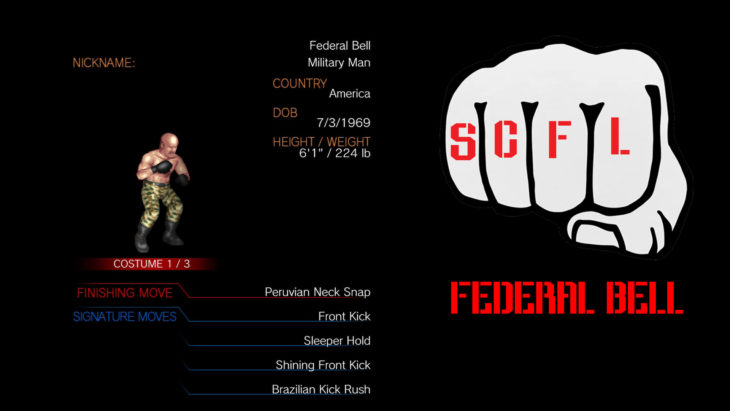 “Fred” Federal Bell is a former US Marine who served during George H.W. Bush’s Operation Desert Storm. After being briefly station in Kuwait, he was moved to Saudi Arabia where he was mostly on guard duty. He still served his country, though, and no hippie liberal can take that away from him. While there he partook in the local luxuries, including spending many an evening with the finest ladies that Saudi princes had to offer Americans.

This led to a chance evening with an enchanting woman named Nadia. Nadia was everything that he wanted in a woman, leaving him conflicted at his love affair with a Saudi woman. After the Gulf War was over, he opted to stay on to assist with the transition, where he continued his visits with Nadia. When she was with child he knew what he needed to do; to support her through it. That son was born in late 1992, and without learning much of the local culture, Federal Bell insisted upon naming him the one name that was on his mind thanks to the 1992 Disney feature; Aladdin.

After Nadia asked to move onto the base with Bell and to move to America with him, things got a bit complicated. Federal Bell left in the dead of night without telling her about his reassignment back in Dallas. The guilt over the years would crush him, especially knowing that his progeny was being raised in an Islamic culture, which he vehemently opposed. When young Aladdin Bell came to America for his college years, Nadia pushed for them to reconcile. Young Aladdin Bell had a vested interest in many things that Federal Bell hated; socialism, Islam, liberalism in general, but he enjoyed fighting. Federal Bell signed up to fight for the nearest fight league and that happened to be SCFL.