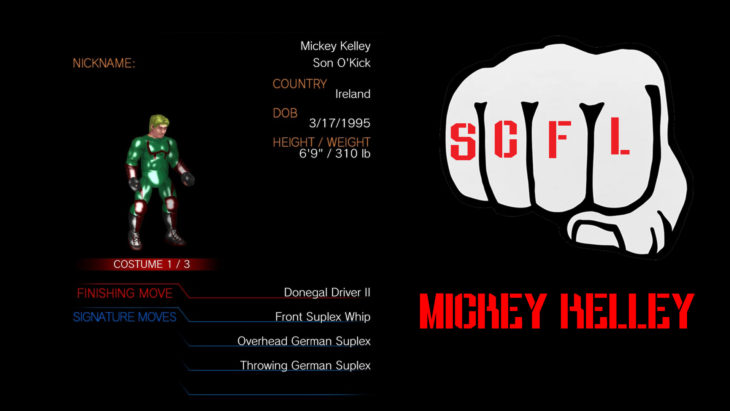 Mickey Kelley first made an appearance in SCFL in an unexpected role as a referee for a match featuring his father, Kelly Kelley. Trying to spend more time with his “dear da”, the large Kelley son tried to become a pro wrestler. His first outing was a disaster, a time limit draw against resident punching bag, Fun Adams. However, after teaming with his father, the Kelleys showed prowess as a hardcore tag team.

Hardcore Tag Champion alongside his father.

While not technically missing, Kelley is considered missing or dead after being left alone at the bus station. Watch “the takening” here: