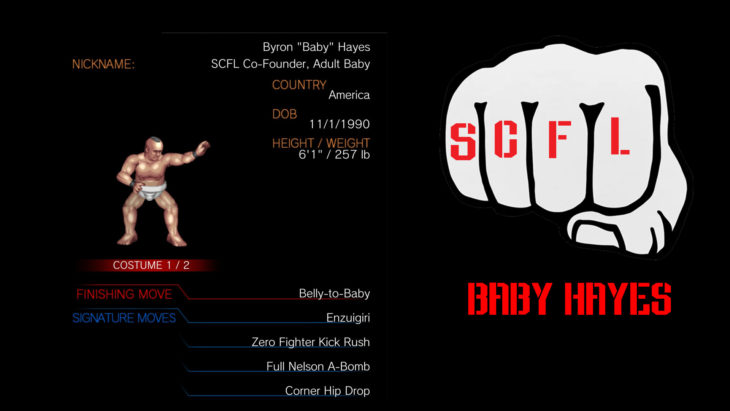 Byron “Baby” Hayes
Baby Hayes was born to a loving mother, Doris, in Las Vegas, Nevada where she worked as a cocktail waitress at Palace Station Casino. After long nights at the Fertita-owned casino she’d return home to her loving son, who she continued to breastfeed until everyone agreed that it was really creepy. After a scandal broke out over the paternity of Byron, he was given an opportunity to fight for a living, where he chose to express his “Adult Baby” lifestyle. His early feud with Bike Bianchi defined the sport of Fight Pass Kickboxing and he is a one-time champion on a quest to regain greatness.

Owner of PK Top Team and also Editor in Chief of SCFLFirePro.com.