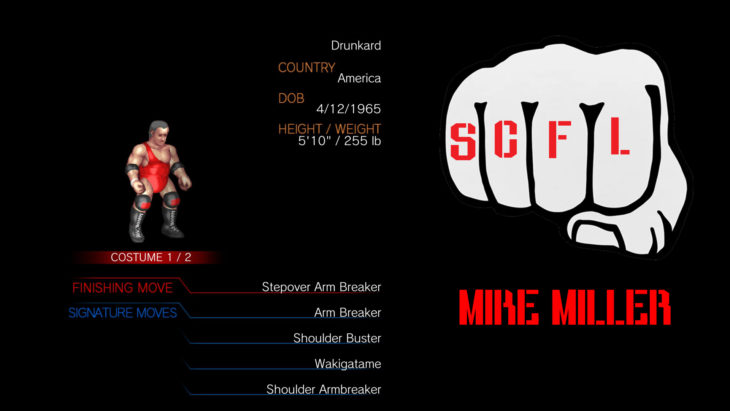 Mike Miller is a substitute science teacher, hailing from Franklin, Tennessee. Due to a local ordinance, he is forbidden from teaching the theory of evolution, among other “controversial” topics. Dismayed at the state of his career, Mike hit the bottle, hard. Frequently showing up to work hungover, and occasionally, drunk, Mike tended to show movies instead of focusing on a lesson plan. After several complaints arose from his behavior, Mike was placed on temporary suspension. Seeking any kind of quick payday, Mike discovered SCFL. He’s struggled continuously as a competitor, but tries to put up something approaching a valiant fight.

Mike Miller died of cirrhosis of the liver. He then came back as a ghost to haunt Gyro Supreme but then died again.