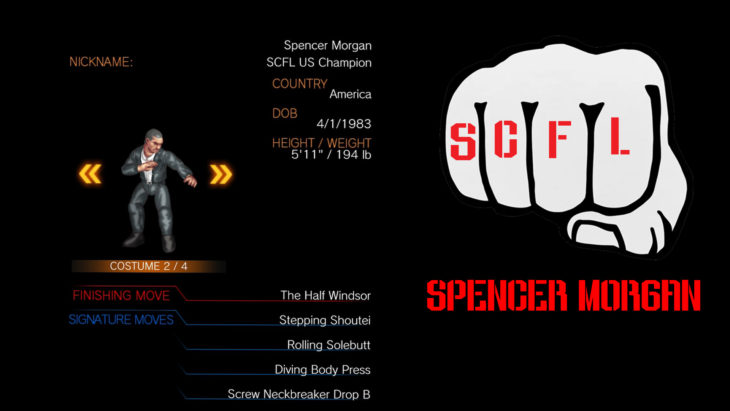 Spencer Morgan is a beautiful man. He’s the sort of man who improves with age, and that’s why he’s been the lead sales person at the Roseville, Minnesota Men’s Warehouse for seven months running. It’s also why he still has a job. Morgan was nearly prosecuted for running an underground fight club at the Foursquare mall. But handsome men have handsome friends, and handsome friends are often connected. Now Morgan fights above ground, adopting a style that favors distance and kicks, design to preserve the face that got him here. But don’t be fooled by his professionally reserved business card. You’re gonna to like the way you look. Until you fight him. 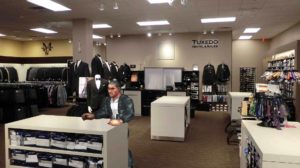 Formed Team Suits with Raoul Hernandez and won the US Championship in a tournament. He has been forced to abandon his tag team teammate after being called into work late multiple times. He’s written a blog about the subject.

Finisher: The Half Windsor – Gannosuke Clutch