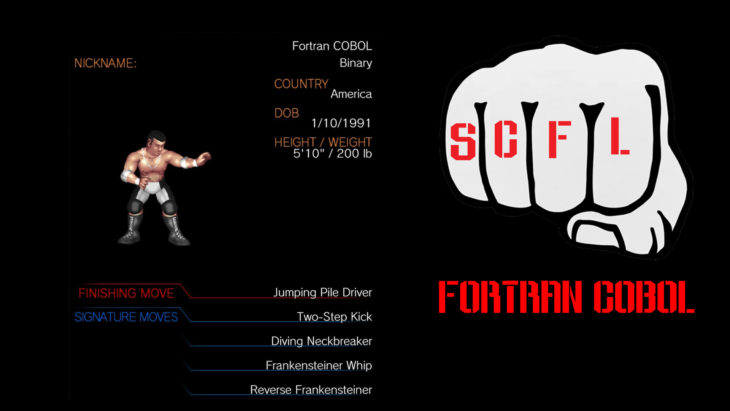 Fortran COBOL grew up believing heavily in the superiority of machines, due to his diabetic father’s insulin pump, and his grandmother’s pacemaker. After watching The Matrix franchise hundreds of times, COBOL became disillusioned with what mankind and the “meat space” had to offer. Drifting aimlessly, Fortran was embraced by the Sons of Anger as a lost soul, and he quickly bought in. Claiming to have a flawless tactical mind, COBOL works closely with Rastaban Baptiste to devise SoA’s strategies.

Fortran is considered missing or dead after being taken to the Shadow Realm while on a bus. Watch “the takening” here: