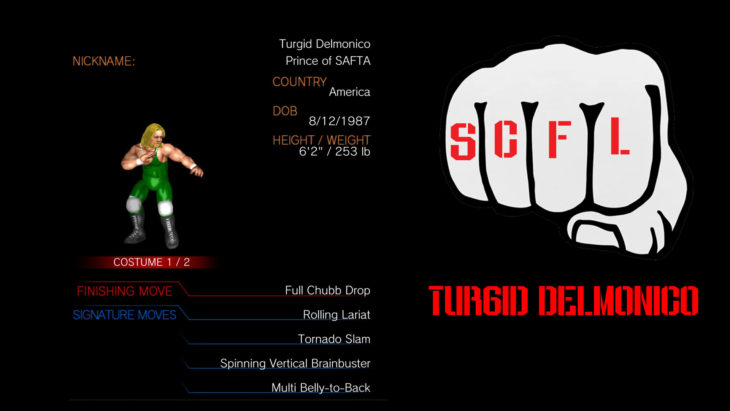 Turgid Delmonico fell in love the first time he saw MMA. It just happened to be Jon Hess at UFC 5, and Delmonico became enthralled with the awkward, flailing martial art Hess had invented and named S.A.F.T.A. (Scientifically Aggressive Fighting Technology of America). Turgid began training with Hess, and after a few years, ended up being Hess’ last student. With the closing of the gym, Delmonico was left adrift. He eventually found the welcoming arms of the Sons of Anger and has been violently flailing alongside them ever since.

Delmonico is considered missing or dead after being taken to the Shadow Realm while on a bus. Watch “the takening” here: