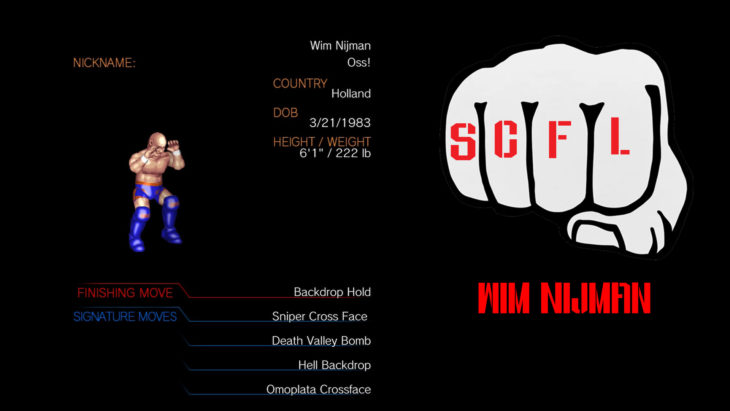 Wim Nijman is a Dutchman through and through, a striker with a strong Dutch-based pedigree with trainers including “Dirty” Bob Schrjiber and Jan Plas. Wim has traveled the glove to prove that Dutch style was the strongest when he stumbled upon SCFL. There he was able to prove his Dutch style was, indeed, strong, with legendary bouts with Discussion Davis before winning the SCFL World Championship.