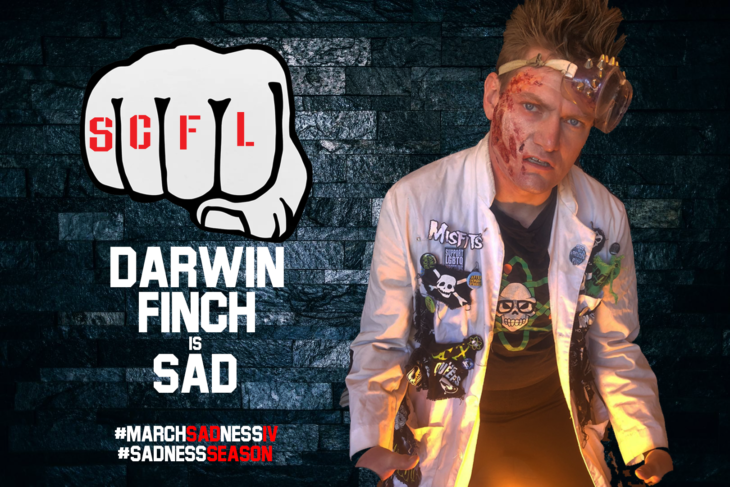 Hailing from a scientific laboratory somewhere near Los Angeles, Wrestling Pro Wrestling’s Darwin Finch has returned to Beliribon, Iowa. Normally, people are sucked into our small town filled with pro wrestling violence and weirdness, but after nearly capturing the hardcore title after a bloody run in March Sadness III, Darwin is choosing to come back for some reason. Sadness, mostly.

As a “real” pro wrestler, Darwin has a distinct advantage over the denizens of Beliribon, but their unorthodox styles and sometimes knives have led him to some narrow losses. Will Darwin Finch become a hero and win four times to become the elite of the elite: the ultimate sad guy?

Find out, and buy some of his merch today!