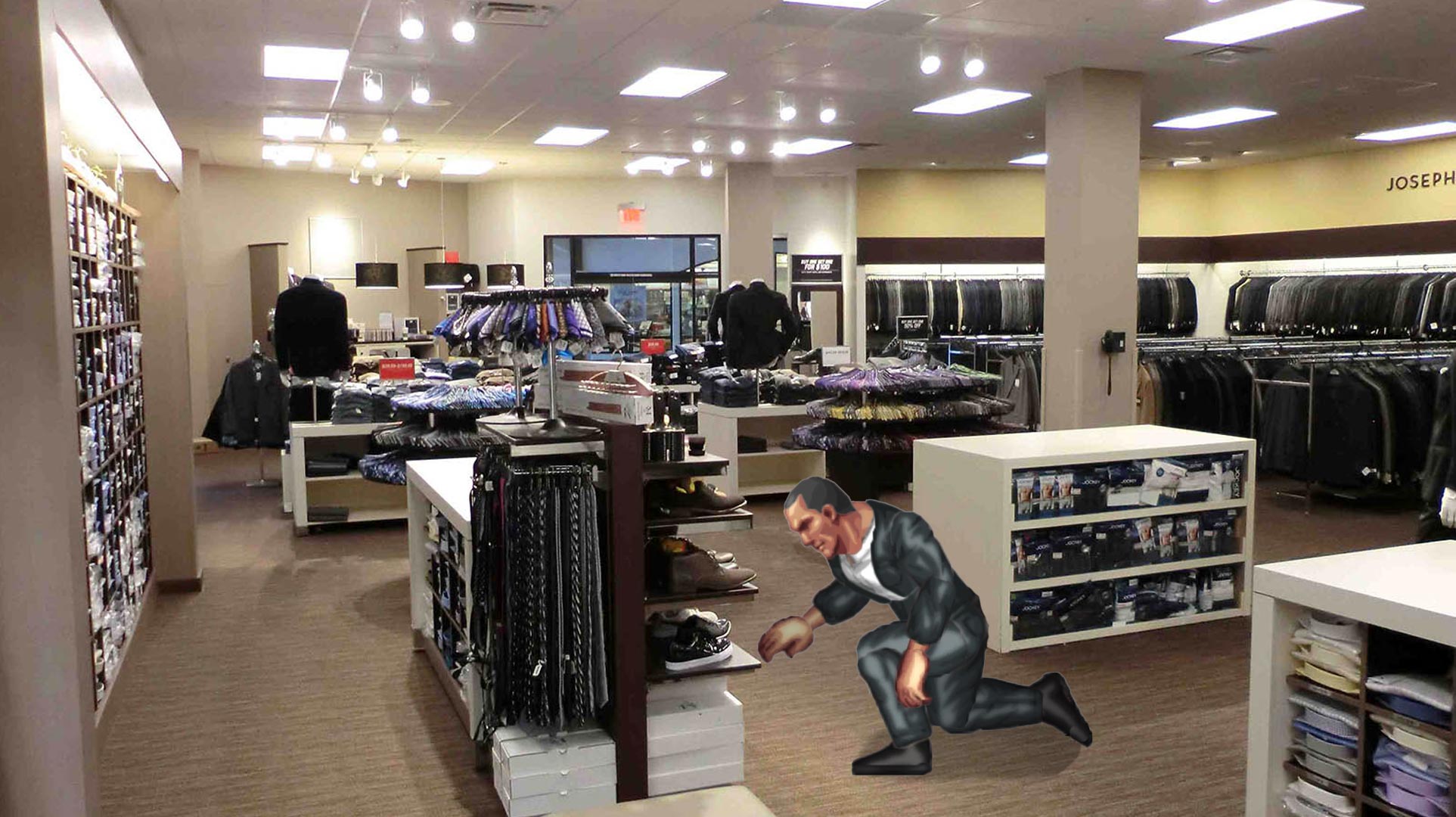 First and foremost, I want to apologize sincerely to my tag partner, but more importantly, my friend, Raoul Hernandez. If nobody else accepts it, I truly hope Raoul can forgive me for my actions during our tag team match at last week’s Cages and Culpeppers event.

However, I have a love stronger than all of that. It’s my first love, and when my first love comes calling, I will do anything to answer that call. My first love is being manager of Men’s Warehouse. Sure, it doesn’t offer the same kind of fame and adulation from a roaring crowd, but I get a different kind of satisfaction out of it. It’s much more personal, to help someone, whether it’s a young kid, looking for his first suit for a job interview, or perhaps a father, looking for the perfect suit to walk his daughter down the aisle at her wedding. When someone ends up Liking the Way they Look, it honestly means more than any championship I could ever win.

So what happened on Saturday night, or perhaps, more accurately, Sunday morning, was that I was called in for an emergency management meeting. I won’t discuss what was talked about behind the Men’s Warehouse closed doors, but it was an issue that had to be taken care of immediately. Beliribbun is a long way from my home branch in Minnesota, and I had to leave as soon as possible. I was in a terrible position in the ring, and I couldn’t even manage to tag out to Raoul. Though, I suppose it’s better that I suffered the direct loss, instead of leaving him to Tiempo and Kuntz, all alone. Raoul’s good, but it’s tough to overcome two dangerous opponents.

Raoul, I don’t know if I’ll be able to make things up to you. I’m simply asking that you give me another chance. I requested a tag match against the High Seas. I hope we can revive Team SUITS and be the dominant tandem I know we are.