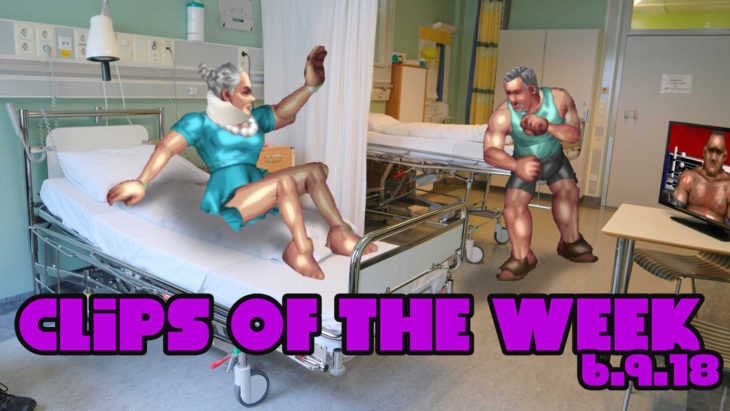 Another fantastic show, Spencer Morgan and Raoul Hernandez End This, in the record books, and we’ve got another trimmed out, condensed Clips of the Week.

This past event could best be marked by the overwhelming number of injuries suffered by the roster. Six wrestlers went down in all, including several instances of title matches ending by way of referee stoppage.

The night wasn’t just brutal injuries, though. SCFL’s resident clown prince, Kurt King, put on a classic “get extremely tuckered out very early in a match” performance during his bizarre Triple Threat contest between Tapas Tiempo and Gordon Kuntz. After a patented Kurt King “whip someone to the ropes and sidestep so the collide with someone else” bit, King took some of Kuntz’s best shots and simply performed an airplane impression. He truly is our greatest living artist.

Join us next Saturday for another action packed SCFL show, and don’t forget to clip the best moments from the live broadcast on twitch.tv/scflpro