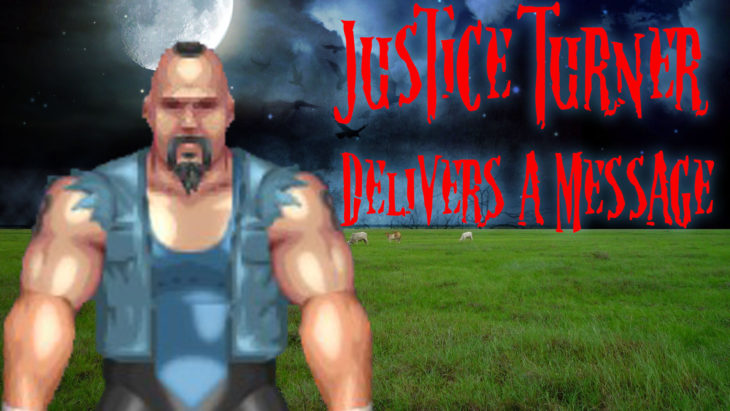 Look, I never believed in this “Shadow Realm” crap, either. Then it happened to me. I know what happens here, I know what these people are doing backstage, how messed up they all are.  Just like I realized that I couldn’t save all of them, alright? I realized that most of the shit these people do makes no sense to me. My buddy Blowhole and I, we make sense. We go out, we bust skulls, we educate. We’re dishing out justice the old-fashioned way. But other worlds, evil spirits and whatever? Bullcrap, right?

I’ve been there. Not that I can remember much, but it was dark. Really dark. Darker than being backstage at Tsongas Arena during the second encore when all of the lights go out, the chimes hit and Richie Sambora plays the haunting first notes of Wanted Dead or Alive. Only there weren’t any lighters there, just like there was no love there. There was some kid, but Jensen kept me away from him and said that he’d explain it all later. I don’t know. I only had one arm, what was I supposed to do? You ever try slamming some big baddie without your left arm? Probably not. Richie sure as shit couldn’t play the solo to Wanted Dead or Alive without his left arm, I’ll tell you that much.

All I know is that something happened and Jensen rushed me through the darkness to a glowy thing and pushed me through it. It was cold, but when I woke up my arm was back and smelled like fishsticks. Blowhole came to pick me up, sayin’ he knew I was back because my arm disappeared. Apparently he kept it with him or something, maybe that’s why it smells like fishsticks, but I don’t really know.

He told me to take my own advice that I usually give to youngsters and talk through it, vent and get it all out there. So I’m doin’ this. Baby Hayes is writing it all down, although he’s not wearing any briefs or nothing, but I don’t even know.

Oh, yeah, he told me to deliver this, too. I guess Baby is gonna scan it or something. I don’t know. Rock n’ roll! 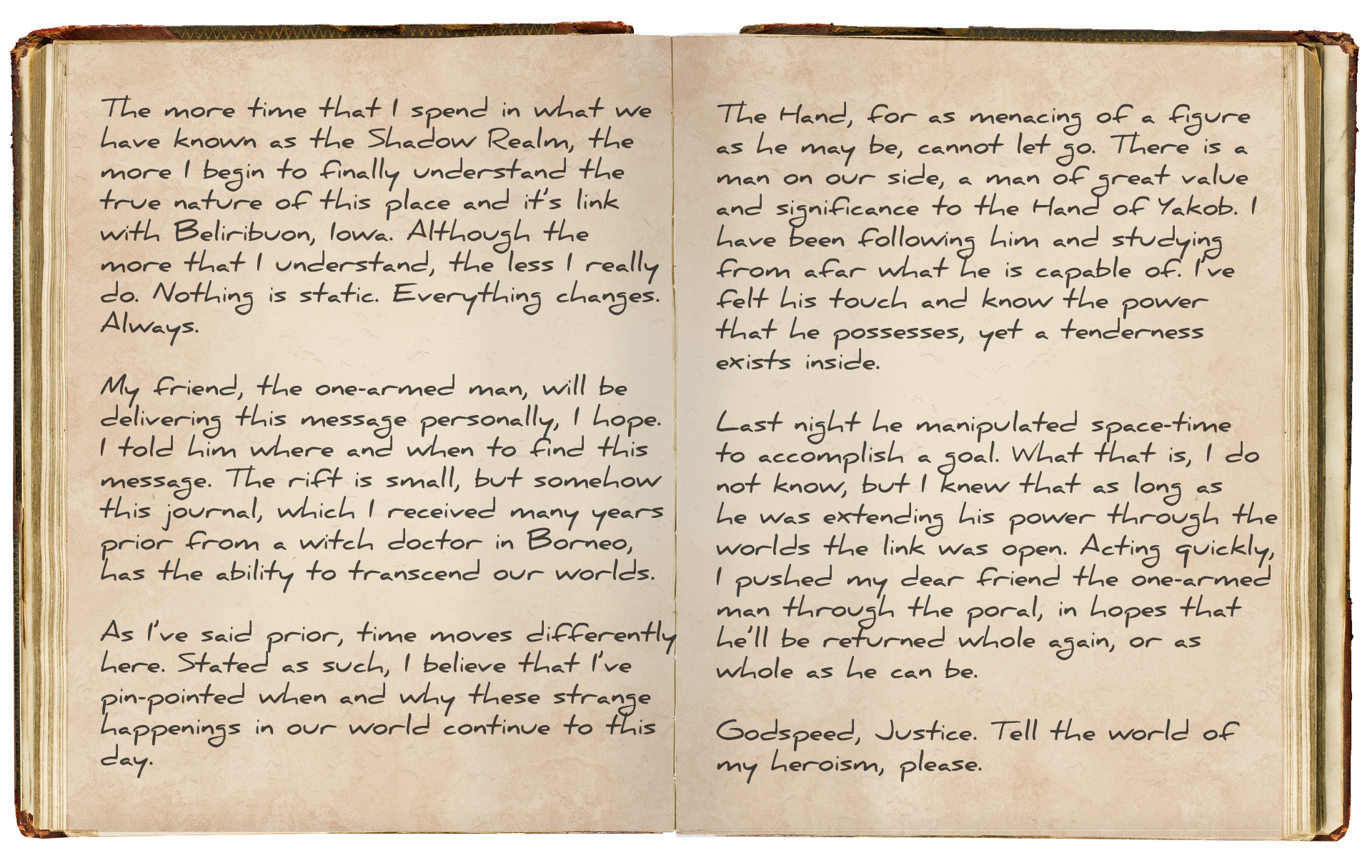