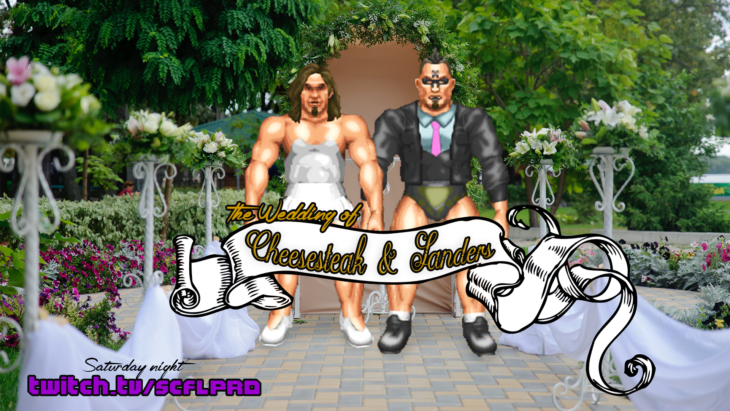 The wedding of the century is finally upon us as the Shadow Realm hosts the beautiful marriage of SANDERS Suzuki and Cheeseteak Supreme. Their story has blossomed over the years. From working at Supreme Family Buick, to joining hands and stepping into a malevolent and damp alternate plane of existence, the one constant through death and BBQs have been their love.

So tonight we set aside our usual show format to honor the union of these two wonderful people. There will be no Scramble pan on the line, and the DOT TV championship will not be defended by Philly Supreme, who made it known that he wanted to enjoy the evening with his family.

Instead, we will have The SANDERS/Cheesesteak Shadow Realm Best Man Tournament before the wedding ceremony, which is taking the place of the main event.

The SANDERS/Cheesesteak Shadow Realm Best Man Tournament will be an 8-man tournament consisting of who we assume will be mostly the Shadow Realm.

But what of the injured Shadow Realm members?

Get caught up with this Chainsaw’s clips of the week: