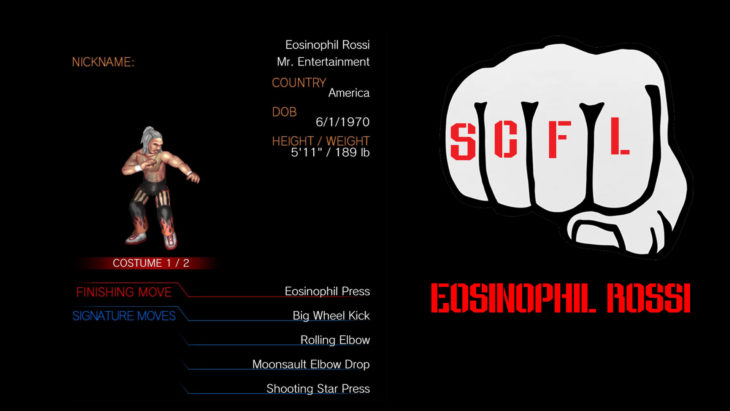 A huge fan of The Ultimate Fighter season 7, Eosinophil Rossi joined the SCFL kickboxing league with a style that threw all caution to the wind. Flips, cartwheels, and asking people what they thought of the “toughest tournament in sports” led to dozens of exciting losses, and a quick forced retirement. He’s found new life as a wrestler, becoming the greatest Scramble champion ever, taking the pan over 4 times and becoming the first man to ever defend the pan, which he has done twice.

In recent months, his steroid-ridden uncle Brick Roberts has entered the fray as both an opponent in Scramble matches, and as a friend in tag team matches. Their shaky relationship has led to up and down performances in both the hardcore and regular tag divisions.